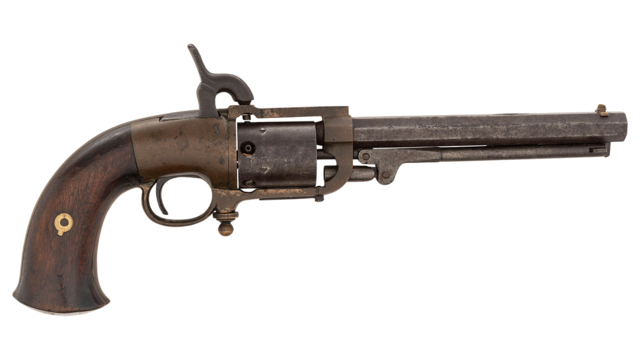 Cowan’s, a Hindman Company, is proud to present our fall premier sale, featuring over 300 lots of high-grade historical and collectible firearms, covering some of our country’s defining conflicts including the War of 1812, the Mexican American War, and the American Civil War, as well as a number of rare accessories.

The highlight of the sale is a Confederate imported Whitworth Sharpshooter’s Rifle (Lot #137). The correctly marked “2nd Quality” rifle is #B902 and has never been publicly offered for sale. Other highlights include an Extremely Rare British Military Pattern 1776 Rifle by Barker & Whately (Lot #10), an extremely rare Morse Breechloading Alteration of a US Model 1816 Type III Musket – Only 54 Produced (Lot #76), a Colt Model 1855 Revolving Military Rifle (Lot #157) and a Sharps New Model 1859 Berdan Sharpshooter’s Rifle (Lot #159).